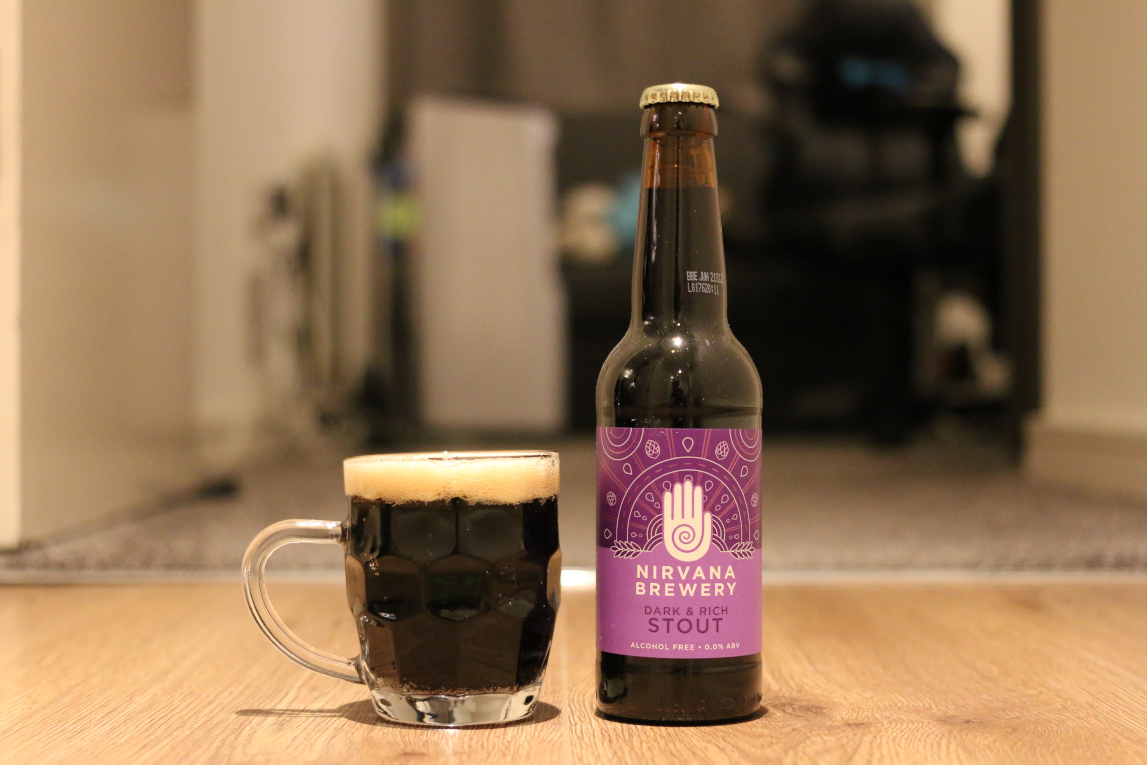 Nirvana Brewery’s main claim to fame is that they’re the UK’s first ever brewery focussed solely to brewing beers at a maximum 0.5% ABV. Whilst over alcohol-free breweries have established themselves over time, and many other producers are churning out the NA beers from either their own breweries or contracted out to other brewers, Nirvana assert that their own independent brewery was the pioneer. And as far as we can ascertain in our research, this is indeed true.

Built in 2017 in East London, Nirvana Brewery’s chosen method of producing their non-alcoholic offerings is to brew their beers in the tradtional style, but carefully control the sugar levels, temperatures, yeast varieties and more to ensure that the minimum amount of alcohol is created during the fermentation process. This is a technique used by many AF brewers, but a fair amount will ferment their beers to full strength and then use a process such as vacuum distillation or reverse osmosis to gently remove the alcohol from them. Whilst both technique styles certainly have an effect on the tastes and aromas of the end product, they can both produce great quality non-alcoholic beers. In my experience, the more traditional style of NA beer brewing can lead to a worty, unfermented taste in the beer if not done properly, whilst conversely the more industrialised processes can add a metallic chemical taste to the brew if not perfected.

Previously known as Kosmic Stout, Nirvana Brewery’s Dark & Rich Stout certainly puts it’s cards on the table from the start with it’s moniker alone. Have the East London brewers nailed the deep dark flavours of a stout with only using gentle fermentation as their weapon of choice?

Pouring from the bottle we get a jet black liquid and a thin beige head that quickly diminishes as we drink. On the nose we get wholemeal bread, with a background of dried fruit and a whiff of dark chocolate. From the colour of the beer I was expecting more of a roasted aroma.

Roasted malts do make more of a presence upon tasting, though not strongly so. There are a number of ‘dark flavours’ at work here, liquorice, raisin and treacle to name a few, but the bready flavour continues to maintain in residence. It almost reminds me of a slightly underbaked Christmas cake (minus the booze of course!). The flavours diminish as you drink more, leaving a dry finish.

Nirvana Brewery have produced an alcohol-free stout that doesn’t really have any of the classic stout flavours. There isn’t enough bitterness to be a standard stout, and not enough sweetness to be a milk stout. It’s certainly drinkable, though probably better at room temperature than chilled, but for your low alcohol stout fix you are better off looking elsewhere, such as Big Drop’s Galactic Milk Stout or Drop Bear’s Bonfire Stout.

My bottles of Nirvana Brewery Dark & Rich Stout were bought direct from the producer, but it’s also available from the following online shops:

This non-alcoholic stout unfortunately does not come up with the goods and misses the mark, the classic stout flavours are lamentably not there.