Lager is a popular type of beer brewed using bottom-fermenting yeast, which is then conditioned at low temperatures. The name 'lager' comes from the German word 'lagern', which means to store, because traditionally the beer is stored in barrels in cold cellars to enable it to mature. Lager has been produced in some form since the Middle Ages, but it really took off in the mid-19th century when scientists became involved, studying the yeast 'Saccharomyces uvarum' and enabling the brewing industry to use more modern techniques to streamline their processes.

Lager soon became the most popular type of beer across the world, slowly coming to dominate beer markets through the 20th century. The inevitable backlash came at the beginning of the 2000s, with more beer drinkers wanting a drink with more character and flavour, which is now fuelling the rise of ales, IPAs and other traditional and non-traditional brews, especially within the craft-brewing movement.

The first 500ml can of alcohol-free lager I’ve seen, this Kaiserdom Lager Beer 0.0% comes from another well-historied German brewer. Does the end product live up to hundreds of years of brewing knowledge?
0 comments

Good Karma’s Happy Pils alcohol-free lager may have a slightly dodgy pun as a name, but if it actually turns out to be a decent nolo pilsner, well, that should be enough to make me happy! Is the play on words warranted in this occasion?
0 comments

After pushing out numerous hop-bombs, hazies, crazy flavour combinations and high concept beers, Mash Gang have now opted for a classic non-alcoholic lager with new their Brewski offering. Is this perfectly poised to become a summer hit for them?
0 comments

Unltd’s IPA managed to pack in abundant flavours while only measuring a miniscule 4 kcal per 100ml. Will their lager offer a similar low-cal nolo experience?
0 comments

An alcohol-free Budweiser… no not THAT Budweiser! This is the original Czech lager from Budweiser Budvar Brewery. Surely this has to be a step up from the atrocity that AB InBev committed upon the NA beer community?
0 comments

Straight outta the Black Forest, this German pilsner comes from another eons-old traditional brewer. Does Rothaus Tannenzäpfle Alkoholfrei have anything that helps it stand out from the alcohol-free lager crowd?
0 comments

Loah Beer has targeted the summer drinkers with it’s lime-infused alcohol-free lager, evoking memories of bottles of beer with lime wedges in the neck drunk on the beach. So why am I reviewing this in the middle of winter?!
0 comments

Jever Fun may not be the best-named alcohol-free beer on the market (those are usually Mash Gang’s forte) but it seems to be popular with many AF beer ‘influencers’. We gave it a try too!
0 comments

An alcohol-free version of Tennent’s lager sounds like an April-fools joke, but as it came out in October this seems unlikely. I think it’s also less likely that I will be enjoying this beer, but who knows?
1 comment

Another boring AF lager? Not a chance, this is from the mushroom-masters Fungtional Brew Company Limited (Fungtn), and is packed full of Chaga fungus goodness. Did I mention there’s fungus in it? Let’s get it among us!
0 comments

Big Drop’s lagers haven’t really blown our socks off in the past, but now it’s time for their Coba Maya Cerveza to try and impress us. Drinking and reviewing a summer beer in winter? It’s sure to go well!
0 comments 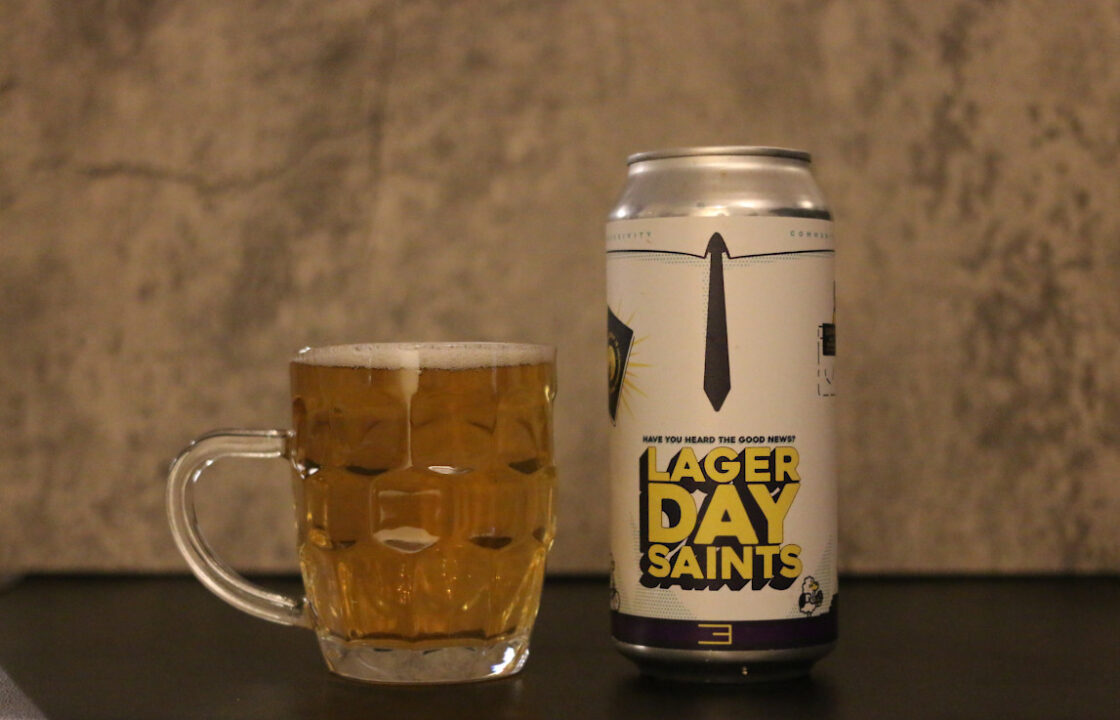 A relative newbie to the alcohol-free beer scene, Sheep in Wolf’s Clothing brewery offer up their Lager Day Saints offering to we non-alcoholic gods. Is this AF lager suitable for holy communion, or should we burn it in the wicker man?
0 comments

Mash Gang do what they do well – innovate the alcohol-free beer scene. But the last thing I thought they would be bringing out is a pilsner lager. Stoop American Pilsner promises to be a ‘throwback lager’ suitable for chugging back on a hot summer’s day. I’d best get to it then…
0 comments

Gone are the big 500ml cans and bottles I've enjoy

Dark beer on a sunny evening, don't judge me! This

@gang_mash So is 10KG of sauce mix a month's supply, a years supply or a lifetime supply?

@HoppyAF @gang_mash Sure is! Very soon to be a mixed 11 pack

Whoop! @gang_mash 's core range has arrived! DPD delivered to the neighbour for some reason, but at least they're h… https://t.co/KJMVQ9PtA3

Meteor Sans Alcool from @MeteorBeerUk tonight. Sweet grains, corn and golden syrup on the nose. Quite sweet when we… https://t.co/d77vdN3OAX