Ale has been brewed in one form or another for thousands of years all over the planet, and especially in the western world has been part of society for just as long. Fermented using top fermenting yeast, ale originally was brewed with just malt; the addition of hops to recipes appeared later to balance flavours out, and also cover the taste of spoilage.

There are numerous varieties of ale, as each producing region of the world has it's own recipes and traditions of brewing. Pale ale, golden ale, brown ale, India pale ale (IPA) and so on all display similarities yet the tastes are completely different. And whatever your tastes may be, there is sure to be a style to suit them.

The Leffe abbey began brewing beers over 750 years ago, but it wasn’t until 2020 that they brought out their first alcohol-free – Leffe Blond 0.0. Does this compare well to their previous eight centuries of high ABV output, or are they just ‘avvin a Leffe’?
0 comments

Pure Jock from Broughton Brewery is dark Scottish ale brewed with influence from a South American brewer, at less than 0.05% ABV. From that description you may have no clue what to expect, so luckily I’ve reviewed it for you!
0 comments

Days Brewing Co produce nolo beers for ‘people who want to do more’. Will drinking one turn us into unstoppable reviewing machines or simply quench our thirst? Read on for more.
0 comments

Sainsbury’s produced one of the worst alcohol-free beers we’ve reviewed here, so it is with much trepidation that we pop open a bottle of this, their new low alcohol Session Ale. Will it also be going down the sink, or down our gullets?
0 comments

Sobriety brand Rok Soba have released a pair of alcohol-free beers to complement their company’s ethos. Lucky 777 is a Tripel, the first one I’ve seen on the nolo marketplace. Will it Rok our world?
1 comment

Infinite Best is the latest alcohol-free beer from the Infinite Session brothers. Will it actually turn out to be their best? Or leave a bitter taste in the mouth?
0 comments

Drynks Unlimited have smashed the alcohol out of a pale ale with their cold vacuum distillation plant, but was it a particularly good pale ale? We put Smashed Pale through it’s paces.
0 comments

Adnams Sole Star low alcohol beer has been around in one form or another for almost a decade, but only recently has it reached the all-important 0.5% ABV level, which allows us to review it here. So we did!
0 comments

Athletic Brewing are the Big Drop of the United States – their beers are popular, innovative, readily available, but maybe overhyped. Upside Dawn is their flagship golden ale, and we put it to the test to see how it compares to other ales on the market, and the UK’s own homegrown AF beers.
0 comments

Sleight of Hand means deception, so have Tempest Brewing Co been fully truthful to us with their first alcohol-free beer, a pale ale? We find out if we’ve been lied to.
0 comments 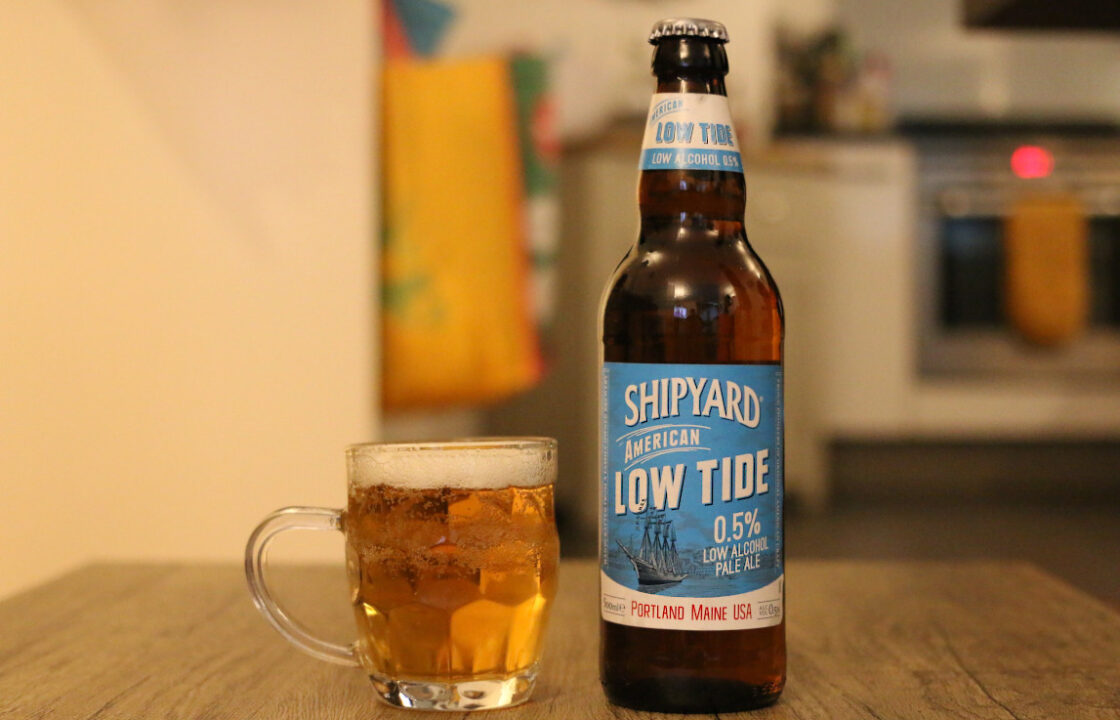 Pioneers of the American craft beer scene, Shipyard Brewing’s Low Tide is an alcohol-free American-style pale ale. Portland Maine’s finest should be packed full of fruity hops, so I’m looking forward to cracking this one open. Join me!
0 comments

Hailing from the Handsworth area of Birmingham, my Dad once told me there’s no such thing as a Sober Brummie. Birmingham Brewing Company is about to prove him wrong!
0 comments

Spiritual Journey is the first Mash Gang beer to come out of a proper brewery – in this case the Northern Monk Leeds joint. Mash Gang have gone up a step or two in the brewing world, have their beers done the same?
0 comments

To many in the craft beer scene Omnipollo can not put a foot wrong. I’ve seen many people place Konx on a pedestal in the alcohol-free world, so it’s about time I gave it a try. However, even the can design makes me think I’m not cool enough to pass judgement!
0 comments