IPA stands for India Pale Ale, and is a heavily hopped ale that was originally produced in the United Kingdom for export to it's colonies in India. Due to the long journeys required to transport such items, perishable goods like beer tended to spoil. In an attempt to stop this happening, brewers started to produce ale with a higher alcohol percentage, and with abundant hops. The increased alcohol content helped to preserve the beer, and the hops helped to cover up any spoiling.

In recent times IPA has seen a resurgence in the United States, with many different styles becoming popular whilst retaining the heavy hop usage and higher ABVs.

Jump Ship Brewing are still flying their colours high on the crest of the nolo wave, with this Goosewing IPA being the latest to their line-up of award-winning alcohol-free beers. *Insert yet another awful nautical pun here and get on with the review*
0 comments

Straight outta Belgium we have… a US West Coast-style IPA. Pico Nova might not be the first alcohol-free beer we expect from the Belgians, but does the skill of the country’s brewers deliver on taste?
0 comments

It’s been over a year since a Big Drop beer was featured on this website, but the company has gone from strength to strength in that time. Have their beers done the same? Poolside DDH is a new addition to their core range, and offers promises of modern hops aplenty. I’ve no pool to drink it beside, maybe the bath will have to do?
0 comments

Lowtide Brewing have an impressive record in the AF beer world despite being in operation for less than a year. We finally try out their first released beer, DIPA Toe In, and see if it’s the juicy hop-bomb we’re all expecting it to be.
0 comments

To this Brit, from it’s name alone, Straight Drank sounds like something from the sun-drenched shores of California. And it is! We try out Two Roots Brewing’s West Coast IPA with the expectation of something decidedly hoppy.
0 comments

With a sleek stunning looking bottle, I’m already interested by Unltd’s alcohol-free IPA. Are the contents of the bottle a similar standard? We crack one open and see!
0 comments

I’ve been looking forward to sampling some of Athletic Brewing’s offerings since first setting eyes on them a few years ago, and they’ve finally made the move over to the UK. Here I try out their flagship IPA, Run Wild.
0 comments 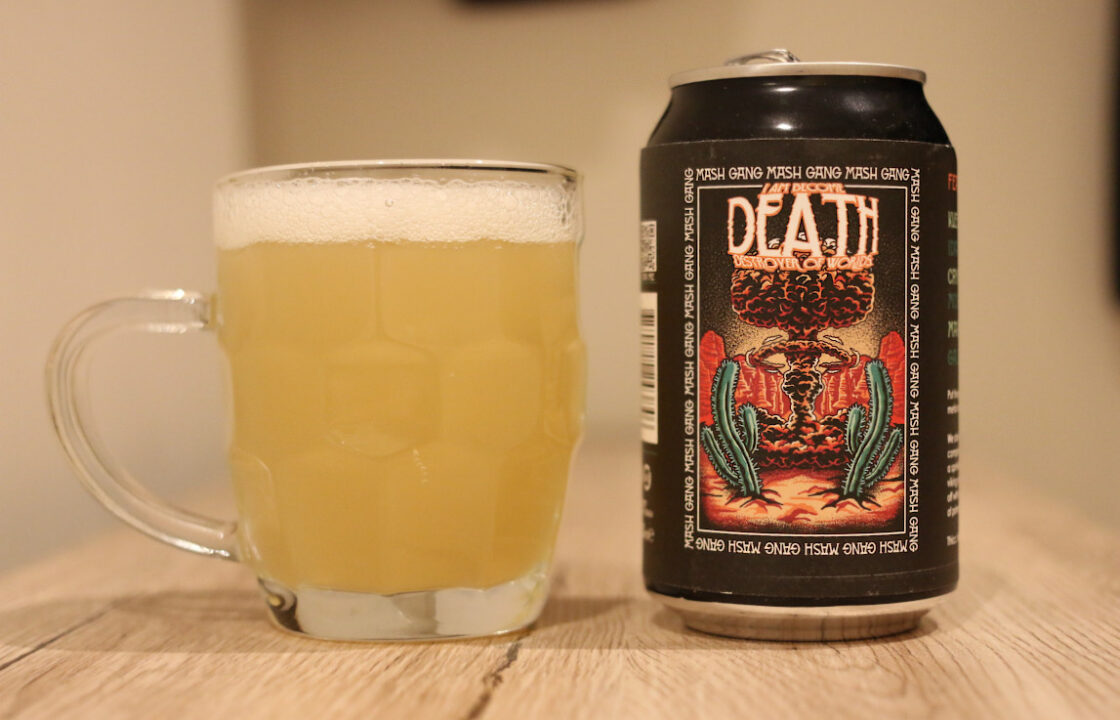 ‘I Am Become Death Destroyer of Worlds’ is not something you could easily ask for in a noisy pub, so we’ll stick to the cans when reviewing this second beer from nolo nutters Mash Gang. Read on to see if we survive!
0 comments

The only non-alcoholic beer to have escaped the Beavertown Brewery (so far!), does Lazer Crush follow the brewer’s usual form of being an easily crushable fruity IPA? Read on!
0 comments

Previously known (to me at least) as the brewers behind Infinite Session’s beers, this NEIPA is the first non-alcoholic beer I’ve seen under Sambrook’s Brewery’s own label. Does it follow a similar path, or blaze it’s own trail in the alcohol-free world?
0 comments

A non-alcoholic IPA hailing from Bristol, produced in conjunction with mental health charity Talk Club, we give you the heads up on Bristol Beer Factory’s Clear Head offering.
0 comments

Fungtn are the first company we’ve come across to fuse mushrooms with beer. This is not for flavour purposes, but for the health benefits of mycoadaptogens. At least we hope it is! We’ll let you know in our review of their Lion’s Mane IPA.
0 comments

Hailing from Salford, this Northern IPA from First Chop looks to be full of hoppy goodness. Is our experience with the beer as positive as it’s given title?
0 comments

I really didn't like the AF lager from @sainsburys