Like almost every product that has been on the market for a number of years, Nirvana Brewery gave their beers a branding facelift back in the summer of 2019. This rebranding was launched at an event that offered a blind testing of ‘new beers’ from an ‘unknown brewery’. It was only at the end of the tasting session that it was revealed that all the beers the participants had been sampling were in the nolo category. A great way to prove that social drinking is not all about getting drunk!

The rebrand of Nirvana Brewery also served a number of purposes – improving the look of the labels for better catching the eye of a prospective buyer, giving more ‘shelf appeal’, applying more continuity to the range, but most importantly I think was clarifying what beer is actually being sold. Along with ‘FitBeer’ the AF brewer also had their beers named after various Buddhist principles, with monikers such as ‘Karma’ and ‘Tantra’ being used to differentiate their offerings. Sounds fine from a branding standpoint, but the problem is that no-one knew what these beers were from the names alone. The drink we are reviewing here was initially christened ‘Sutra’, but now bears the title ‘Classic IPA’. A much better name in my opinion, as you immediately know what you’re in for. But does this also mean that all the classic IPA flavours we’re expecting are present?

The beer pours a bright golden colour from the bottle, with pretty lively carbonation. The head that forms is pretty tiny, but maintains a presence. On the nose we get pine and grapefruit citrus, along with an aroma reminding me most of candied pineapple. Certainly smells like an IPA, but perhaps more understated than I was expecting.

The candied pineapple is carried through into the taste of the beer, along with pleasant grapefruit citrus and pine from the hops. Despite it appearing to be highly carbonated the level is actually quite low, meaning it’s a bit thin. A hint of caramel sweetness makes itself known, but is soon drowned out by bitterness. Amarillo hops are certainly in there, but the finish is pretty clean.

Understated is certainly how I’d describe this non-alcoholic IPA. Nirvana Brewery could pack a lot more into this than they have, but I suspect that’s because they’re appealing to the mass-market rather than the hop-heads like myself. Unquestionably drinkable, but ultimately not a beer that will likely be memorable.

My pack of Nirvana Brewery Classic IPA was bought directly from the producer, but you can buy from the following online beer shops:

The classic IPA flavours are there but in a rather muted form. Slips down easily though. 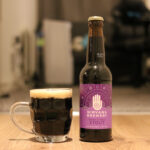 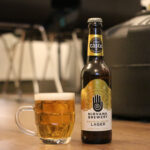