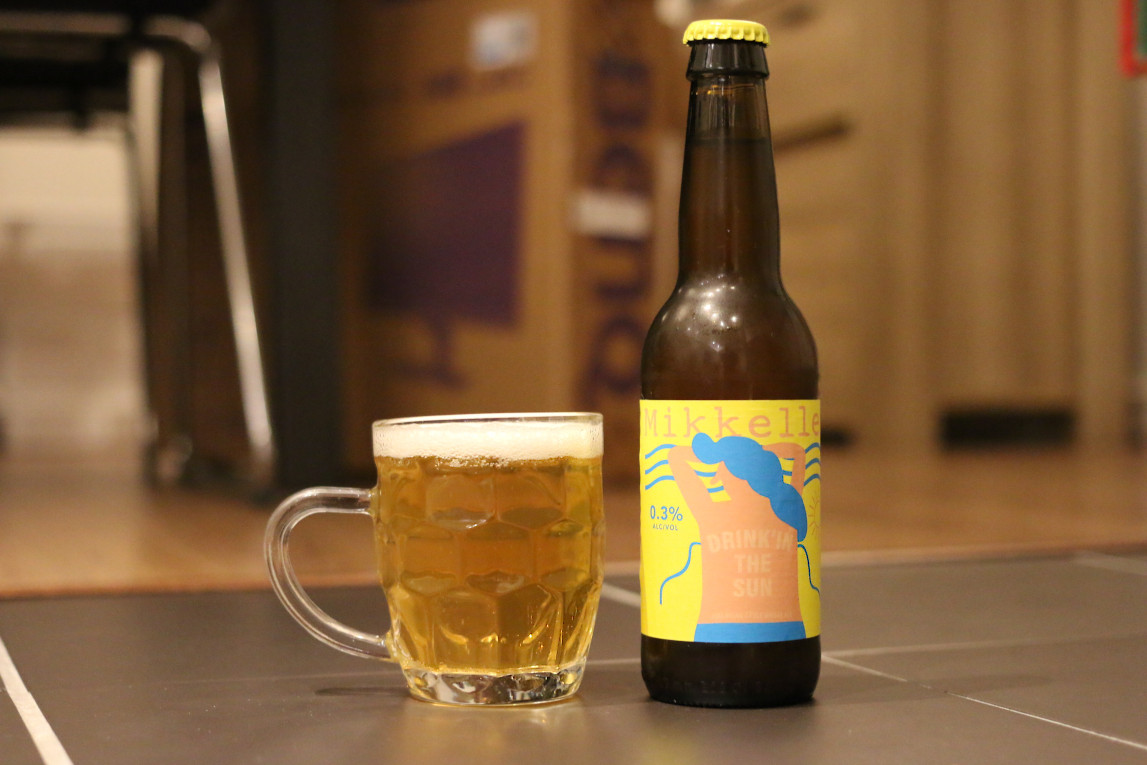 Mikkeller are a Danish microbrewery outfit officially founded in 2006 but with a background of homebrew jiggery-pokery stretching much farther back. Originally a pair of beer enthusiasts, Mikkel Bjergsø and Kristian Klarup Keller began experimenting with brews to serve to friends, later graduating to winning awards in home brewing competitions in their native Denmark. Building on their success they squished together their respective first and last name to produce Mikkeller, and have since gone on to become the darlings of the craft beer scene.

Whilst Mikkeller have been producing alcohol free beers for many years, their output of AF brews has noticeably increased after work on creating their own strain of yeast, named Mikkellensis. With help from the De Proefbrouwerij brewery in Belgium, this yeast strain has produced many a non-alcoholic ale for Mikkeller since 2018. Drink’in The Sun is now one of such beers, but has a much longer history. While researching this beer, I was able to find at least 10 different iterations, with the ABV diminishing with each generation, starting around 3.5% and dropping down to the 0.3% of this version over about a decade. This shows that the company has obviously put a lot of love and effort into Drink’in The Sun, lets hope it’s paid off!

Pouring from the bottle we get a deep golden coloured liquid with a fair bit of haze to it. About a finger of white frothy head appears but does recede into a foamy cap after a while. On the nose there is a plethora of fruits, grapefruit the most dominant, though passionfruit is certainly making it’s presence known too. Also a slight whiff of wheat malt. Reminiscent of Coast Beer Co’s IPA, which is brewed at the same brewery.

Fruit is also very apparent when we taste, citrus lemon and tropical pineapple taking point, but also juicy peach. Some slight pine hop bitterness creeps up as does some wheaty malt sweetness. The body is on the thin side but the carbonation keeps the mouthfeel from lacking too much. We get a long sweet and bitter finish.

A lovely little tipple suitable for drinking in the sun whenever and wherever it’s out. Well balanced and full of flavour, it’s no wonder it seems to be a favourite amongst the Mikkeller fanbase. Hopefully gracing the shelves of a supermarket near you soon, if not already.

You can buy Mikkeller Drink’in The Sun from various off-licenses and specialist shops, or online from the following drinks retailers:

Full on fruity wheaty ale which both packs a punch of flavour and is perfectly sessionable, especially on a sunny day. 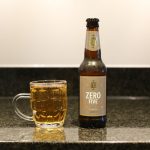