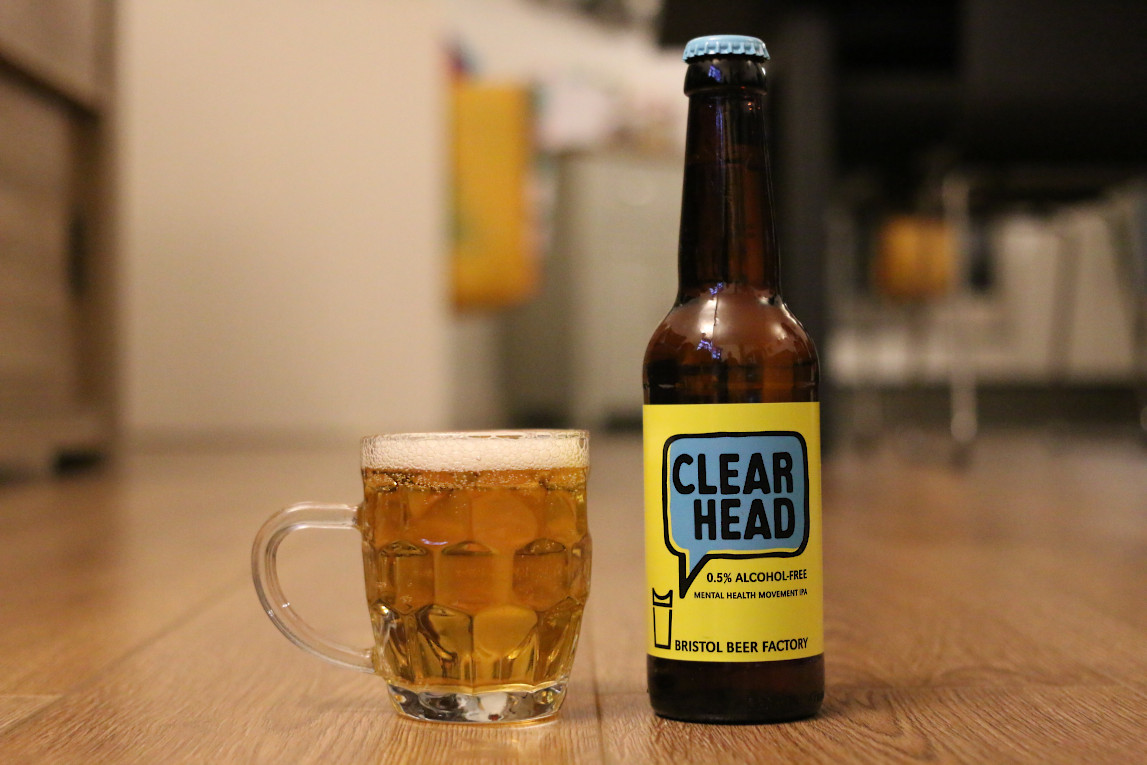 When I think of Bristol one of the first things that comes to my mind is cider. So much cider. The last time I was there it seemed every pub had it’s own reeking vat of fermented apples for the punters to chug down at a bargain price. But Bristol also has a long history of brewing beer too. Bristol Beer Factory was set up in 2004 at the site of the old Ashton Gate Brewery in the south of the city. Beer had previously been brewed there for nearly 200 years before the site, which included a tobacco factory and ironworks, ceased production. As part of a regeneration scheme organised by local architect George Ferguson CBE in the early 2000s, the brewery was renovated and the tobacco factory converted to a theatre.

Bristol Beer Factory produce a wide range of beers and run three venues in the city, but ‘Clear Head’ is the brewery’s first foray into non-alcoholic beer brewing. It is produced in collaboration with local mental health charity and support group Talk Club, with aims to promote conversation about mental health amongst notoriously tight-lipped males. I know for certain that ditching the alcohol has improved my mental fitness and only been a positive thing in my life, so its great to see initiatives such as this springing up to help others do the same. 5% of the profits from Clear Head also go towards supporting the charity. The beer is an alcohol-free IPA, hopped with the popular Citra and Mosaic hops, so I am expecting some fruity flavours and aromas in there, but will we be getting West Country cider apple too? Ooooaaarrrrrr…

The beer pours a clear golden colour with some visible carbonation bubbles. A nice white frothy head makes an appearance, but soon recedes to nothing. On the nose we get the familiar comforting zesty lemon notes you’d expect from the Citra/Mosaic combination, along with slight bready malt. Very clean, if slightly muted aromas.

On tasting we get the lemon citrus we were expecting from the aroma, but a load of other fruits also enter the arena. Tropical mango, stone fruits and even some sharp apple (I knew it!) are all discernible. The depth of flavour here is good and bolder than I was expecting from the aroma. The body of the beer is good and probably helped by the lactose, which also adds a slight fudgy sweetness to the beer. Carbonation is relatively high, but not overly so. We get a short bitter finish to the drink.

Bristol Beer Factory Clear Head is a great little IPA, luring you in with some nice subtle aromas then cranking the flavour volume up as you taste. The mouthfeel is good and gives a pleasing drinking experience, and whilst it may not be standing out from the crowd, it does what it does with aplomb. Hopefully this lovely non-alcoholic beer is a success for both BBF and Talk Club, and continues to be available for anyone who wants to keep a Clear Head in this sometimes crazy world.

If you’re looking to buy Bristol Beer Factory Clear Head out in the wild then the best place would be any of the bars managed by BBF. Online, it’s available from the following places:

A great beer and a great initiative by Bristol Beer Factory and Talk Club, should appeal to the many fans of Citra and Mosaic, and hopefully do some good too! 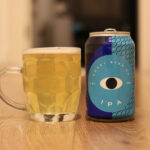 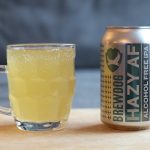 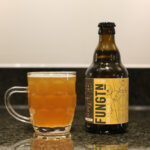 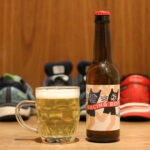 Cooling me down for the football today is a Party

Waiting for the football to start with several can

@clausthalerusa have been in the AF game for a lon

This was an easy drink at the weekend, an Everyday

This evening's beer is an Infinite Lager from @inf

Sick of getting rained on the past few days, so I'

@AFBeerExplorer @HoppyAF I have to support Wales (born there), Scotland (lived there for good chunk of my life) and… https://t.co/IAvkpDRTJO

@AFBeerExplorer @LidlGB It's very dark for a weiss too

Waiting for the football to start with several cans of Stand Easy from @SambrooksBrew in the fridge. It's a 'lite'… https://t.co/6JliXhszpn

Anyone try any new alcohol free bevvies at @Low2NoBev the past couple of days? #AlcoholFree #alcoholfreebeer

.@ClausthalerBeer have been in the AF game for a long time, and can still produce a great beer. This Clausthaler Un… https://t.co/qpd2gi0Dls